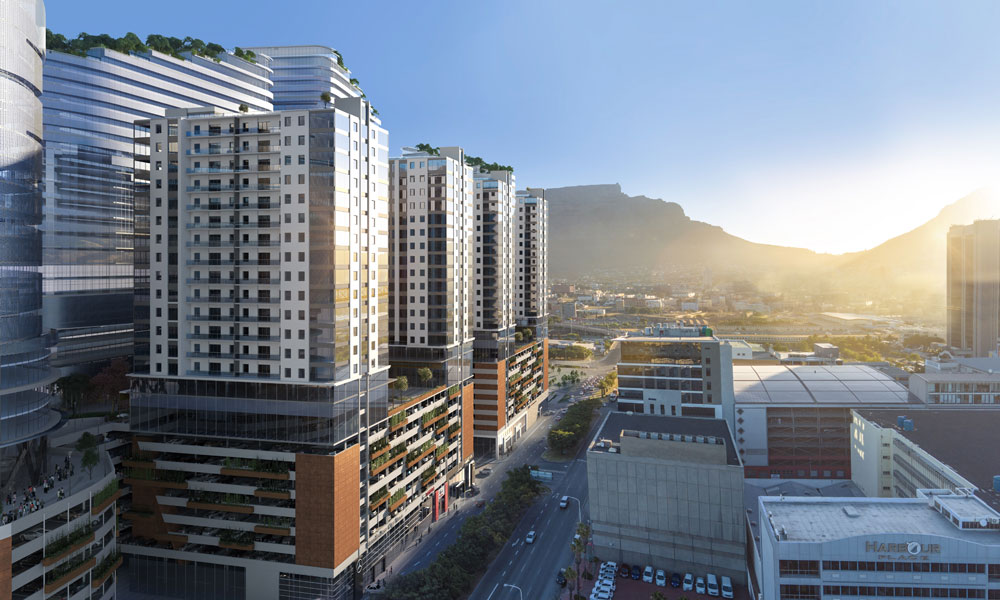 Private developer Amdec is about to break ground on the first phase of a R14bn property development in Cape Town that is arguably the most ambitious to be built in the Mother City since the V&A Waterfront.

Taking a bet on an economic recovery in SA over the next few years, Amdec, which developed Melrose Arch in Johannesburg, is trying to repeat its success in Cape Town with its new development, Harbour Arch, about 4km from the waterfront.

The City of Cape Town’s municipal planning tribunal (MPT) last week approved the development, which aims to compete with the waterfront for residential tenants. The waterfront, valued at nearly R20bn, is SA’s most-valued commercial asset.

Amdec CEO James Wilson said on Wednesday it will take 10 years to construct Harbour Arch, which will include six towers and for which 13,000 people will be employed directly during construction.

The multi-use Harbour Arch is set to be built on a 5.8ha site that was formerly owned by Transnet. It is located on the corners of Heerengracht Road and Christiaan Barnard Street.

“We are creating a live, work and play new urban precinct for the Mother City which will compete with the likes of the V&A,” said Wilson.

“It’s very tough to develop in this flat economy, but if they manage to pull it off to the specifications they want, they may succeed in a very big way. This mega development, which probably is the biggest in the city since the V&A, could be a success. But sometimes these things flop,” he said.

Wilson said Harbour Arch was an example of how some large businesses still had faith in a struggling SA economy.

Initially Harbour Arch was set to be a 198,000m² office-focused development, but Amdec later decided it would succeed as a residential development supported by bespoke retail.

But the residential focus has drawn the ire of non-profit organisation Ndifuna Ukwazi, which argues that by having no inclusionary housing component it misses out on an opportunity to help tackle Cape Town’s affordable housing crisis.

Ndifuna Ukwazi says the development will reinforce the city centre as an exclusionary space.

In response to Ndifuna Ukwazi’s objection that Harbour Arch would be exclusionary, Amdec said it would build 1,000 affordable housing units offsite in the suburb of Ottery, 18km away.