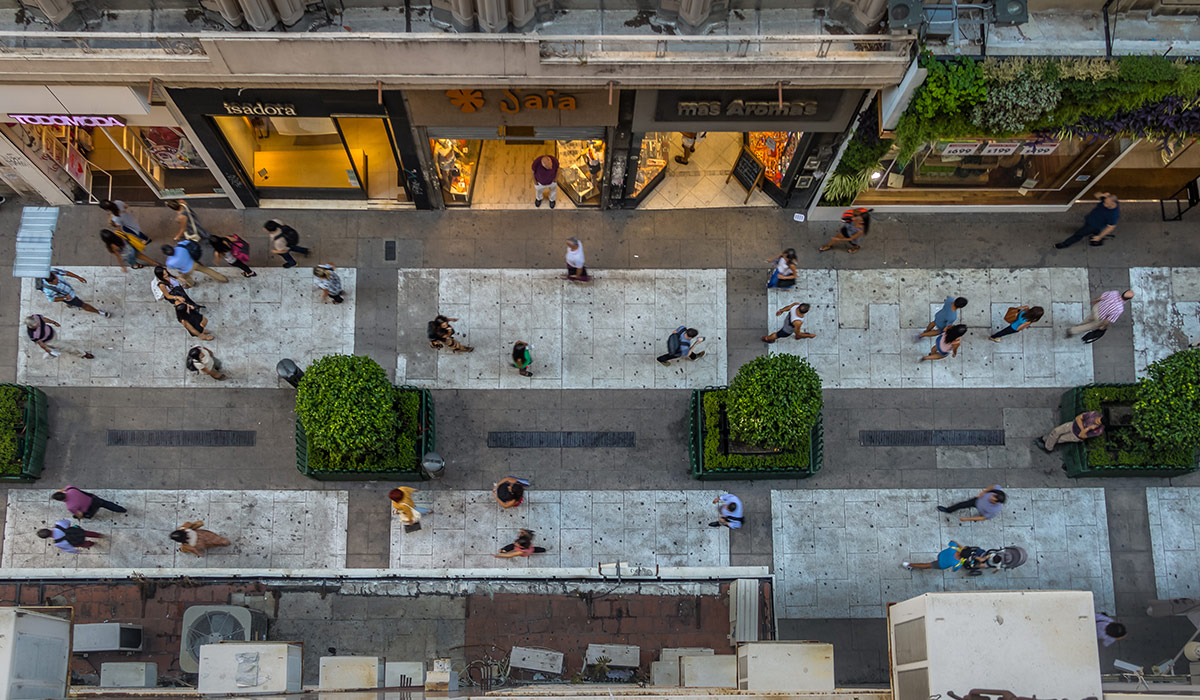 The global drive for car-free cities

When Henry Ford presented his Model T to the world, it’s unlikely he could have predicted a future where cities would be designed around the vehicles that travel on their roads, rather than the people who live in them. As cars have become an increasingly desirable and popular mode of individual transport, so more and more valuable land has been allocated to roads and parking ahead of green spaces, and contamination of the air we breathe has escalated.

This rampant air pollution, together with greater environmental awareness, has seen governments around the world petitioning for a move to electric cars, with the result that companies like Elon Musk’s Tesla have recorded significant growth – the company sold over 891,000 vehicles between 2012 and 2019, while its US sales increased a staggering 280% – from 48,000 to 182,400 units – between 2017 and 2018.

But, according to an article in the Guardian, electric cars are not necessarily the answer to the planet’s problems, and here’s why: “Today over 50% of the electricity generated in the UK and over 65% of electricity generated in the US comes from fossil fuels. Our carbon footprint will improve by barely a quarter if we all switch to electric vehicles.”

What’s more, the rise of e-hailing platforms like Uber and Lyft are only adding to the problem as this article in The Verge explains: “According to the Union of Concerned Scientists, ride-hailing trips today result in an estimated 69 percent more climate pollution on average than the trips they displace. In cities, ride-hailing trips typically displace low-carbon trips, such as public transportation, biking, or walking. Uber and Lyft could reduce these emissions with a more concerted effort to electrify its fleet of vehicles or by incentivizing customers to take pooled rides, the group recommends.”

In his book Walkable City: How Downtown Can Save America, One Step at a Time, Jeff Speck posits that the answer to the future of the world’s cities lies in walkable cities. As he explains, “It turns out that trading all of your incandescent lightbulbs for energy savers conserves as much carbon per year as living in a walkable neighborhood does each week.”

According to Deloitte’s Technology, Media & Telecommunications Predictions 2020 report, cycling as a mode of transport is destined for great things, with the use of bicycles set to double by 2022 and more than 130 million electric bikes predicted to be sold globally between 2020 and 2023. According to the report, this will “far outpace electric [motor] vehicles, which we expect to grow from 5.1 million in use globally in 2018, to around 12 million likely to be sold in 2025.”

Here’s how two of the world’s biggest cities are embracing pedestrianisation and putting their inhabitants first:

Barcelona’s response to high levels of air pollution, which were causing as many as 3,500 premature deaths each year, was to create nine-block sections of the city called superblocks where the use of cars is banned or severely limited and inhabitants are encouraged to walk or cycle.

Paris has also responded decisively to dangerous levels of air pollution with its Paris Respire (translated as Paris Breathes) programme which enforces car-free zones on the first Sunday of each month. Mayor Anne Hidalgo has also banned cars manufactured prior to 1997 from the city’s centre on weekdays, and there are plans in the pipeline to make several streets accessible to electric cars only.

Keen to live or invest in a walkable neighbourhood?

Walkability is a key component of the design and layout of Harbour Arch, Cape Town CBD’s first large-scale, inner-city, mixed-use precinct. On completion, Harbour Arch will epitomise the principles of new urban living, and offer residents the opportunity to live, work, play, relax, and stay in a safe, convenient, enjoyable and sustainable community-focused environment. For more information, contact us today on 087 809 0000 or click here to get in touch with a sales consultant.